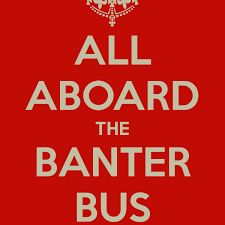 I am finding it increasingly difficult to understand a word my children say. I feel I am probably not alone in this and so here it is – my guide to navigating the minefield of conversation with your children:

– “Basically”: Well, basically, this word adds basically no value at all to any conversation and basically does not refer in any way to the fundamentals of anything at all in the true sense of the word – put basically it is basically a conversation filler and no self-respecting kid’s sentence is basically complete without it.
– “Like”: This is of the same ilk as “basically” – to be clear it does not mean a comparison is intended nor is it used in a verbal sense. It is totally (totes) meaningless as in “she was like talking to me when she like basically fell off her chair”. You will note the combined use of “like basically” often separated by the “conjunction” “er” as in “she like er basically fell of her chair”. On no account should these linguistical gymnastics be attempted by anyone over 20 as you run the very real risk of being laughed at very hard by your children – totes humiliating. By the way I am not going to comment on the use of “totes” suffice to say that it is one of the most irritating aberrations of the English Language and has a similar effect on me as nails down a blackboard. In fact this habit of adding an ‘s’ to perfectly good words is something I find particularly offensive.
– “Banter”: My elder son’s language is peppered liberally with this word at the moment. Everything is “banter”. Well everything that is except the time he spends with me apparently. “Banter” is so pervasive at his school that in fact one child has self-styled himself as the “Archbishop of Banterbury”. “Banter” seems very much to be lads-speak and is often accompanied with lots of “mate” and general back-slapping and jostling.
– “Ledge”: This has absolutely nothing to with any sort of shelf but is, of course, short for “legendary”. Along with “totes” and “awks” this is yet another example of abbreviating words which does make you wonder whether our children struggle with pronouncing any words of more than one syllable. As above, everyone is a “ledge” except for me who is apparently “the worst mother in the world, ever”.
– “Innit”: A corruption of “isn’t it” which is most often used rhetorically at the end of sentences and seems to serve no purpose whatsoever other than to annoy the adult who is engaging in conversation with a child.
– “Sick”: Think total opposite and you’ve understood the meaning of this word. For the medically-minded be aware that a child will never use this word in any sort of health context.  Like “ledge” this word is unlikely to be used in referring to an adult or parent.
– “Cheeky Nando’s”: I have to confess that I find this one of the most baffling of expressions and even my son could only come up with “er like er basically” when asked to define it. As someone who has always found Nando’s to be nothing more than a glorified version of KFC, it is hard for me to understand the attraction of a “cheeky Nando’s” but I guess it’s all part of banter.

There are two other peculiarities of kids’ speech worthy of mention: the pseudo-Australian rising of the voice at the end of every sentence as if asking a question when no question is intended and the complete disregard for the letter “t” in any word – e.g. “butter” becomes “bu…er” and “gutted” becomes “gu…id”.

So there you have it – simples. A word of warning though – it is not at all cool to try and join in with your children in this language usage. If you casually drop the word “banter” into your conversation you will either be met by silence/tumbleweed moment or utter ridicule. LOL (that’s “laugh out loud” by the way not “lots of love”).