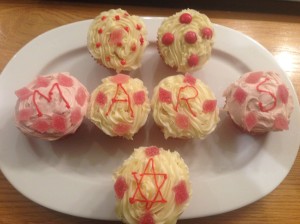 There has been a lot of debate in my sons’ school about homework – its role, its value, the amount a child of a certain age should do etc.  I know where I stand on this issue.  Homework is a valuable tool in helping children to work independently and to reinforce learning in the classroom.  For me the advantages far outweigh the disadvantages and I’d far rather my child was spending time reading or doing maths for an hour after school than watching endless Stampy Whathisname videos on YouTube or having mindless, inane chats online with kids with whom they’ve just spent the whole day.

However, there is a caveat.  There is another whole field of homework which I am less keen on – that which is designed to highlight the inadequacies of the parents and divide mothers/fathers/random relatives into three main groups – “The Can-and-Will-Dos”, “The Can’t-but-Will-Try-Dos” and “The Can’t-and-Will-Not-Dos” (The Can-and-Will-Not-Dos” is a very small minority group who irritatingly could do but rather breezily choose not to – “too cool for school”).  What am I talking about?  I am talking about all those homework tasks that are ostensibly set for the children but are in fact set as some sort of test for the parents – which I inevitably and somewhat regrettably (for my children) fail on an all too regular basis.  Call me paranoid but I think there is some sort of conspiracy at work to foster parental competitive spirit and an almost Darwinian battle for superstar parent supremacy.

Let’s take the last couple of weeks in my children’s school lives.  First up, my middle child had “Roman Day”.  Nothing makes my heart sink more than the email landing in my inbox informing me that one or other child has got to find a costume to wear to school because it’s role play time.  I know I sound like a miserable old goat but how many people have actually got gladiator, Julius Caesar or whatever Roman outfits hanging around the house?  “Make one!” I hear you cry.  Just the mere thought of making a Roman costume is enough to send me into a hot and cold sweat  – my sewing lessons ended very abruptly at the age of 11 when I was dismissed permanently after breaking the sewing machine three times in one lesson (actually something I am rather proud of if the truth be told).

No, making it is not an option for me – to be honest, arts and crafts generally are one of my weaker parenting skill sets.  For me, the only option is good old Amazon and the inevitable plethora of Roman Costumes being hawked around precisely for all those poor parents like me who would otherwise be an utter disgrace to their precious offspring.  Even with a particularly tasteful Roman Soldier costume that looks like it would combust if even shown a flame, my son is not satisfied.  Apparently he needs footwear too.  Sandals….in January.  I draw the line at this – I tell him that he will have to wear his (admittedly bright blue) Crocs.  He looks mortified and plumps for his school shoes as a very much last resort.  I’ve failed him of that he makes sure I am aware.

Roman Day is hotly followed by “making specialised cells” homework for my eldest child.  Again this is some sort of hidden testing of my parental abilities I’m sure. First off, my son is 10, nearly 11, and I’d much rather at this age he was learning the properties of such cells and drawing diagrams than being tasked with making 3D versions of said cells from whatever material he wishes.  Inevitably, my son chooses to make sperm cells along with every other boy of his age in a single sex school.  No other cell was ever really going to get a look in was it? He informs me of this task, I immediately get “the fear” and then he promptly leaves it with me with the nonchalant suggestion that he might do them in plasticine or papier-mâché.  Well, I don’t do papier-mâché.  Full stop.  A way-too-advanced technique for someone who can barely use a ruler to draw a square.  So plasticine it is – which, of course, has to be bought because funnily enough my 10 year old son hasn’t really played with plasticine for the last 5 years.

Sperm cell plasticine test – passed – I think (although not without much debate about the length of the sperm “tail” and where to put the nucleus).  I dare to breathe a sigh of relief…but oh no, too soon because into my inbox pops the next test of my parental skills – the baking test!  My favourite! My baking offerings, in the past, have always been rather conspicuous by their absence.  Frankly, the boys have never been that bothered and there always seem to have been countless other mothers keen to showboat their baking masterpieces, so I’ve just sort of slipped under the radar.  This approach does not work with my daughter.  No, not only does she insist that “we”(and I mean “we” in the loosest sense of the word) must bake for the cake sale but also “we” must enter the cakes “we” make for the cake decorating competition which the school is so kindly running alongside the cake sale.  Incidentally, the cakes must be decorated with a nod to her school house (Mars) and include a full breakdown of their ingredients for “health & safety”.

As I sit here writing this, I am eagerly awaiting my next mission (should I choose to accept it).  Half term is nearly upon us and I’m quite sure that with all that time off when we are supposedly twiddling our thumbs, the schools will have concocted something fairly spectacular for the children/actually the parents to do.  Before I am roundly attacked for my lack of enthusiasm and support for my children’s endeavours, I ask you just to think back to the last time your child was supposed to make something at home for school – who made it? How many minutes attention did your child give the task compared to the hours you put in?